The triple review - sometimes that's how it happens

This is a triple book review. The three books are linked by the fact that I read them all together over this last week. There could be other links, but that's the one that counts in this case.

Firstly, why am I reading three books at a time? All avid readers will have had this happen - that multiple books on the go scenario. I'd wanted an easy reread for bedtime and picked a crime novel that was the nearest as opposed to a favourite. Because it wasn't a favourite, it didn't automatically get promoted to Main Book which meant I was subconsciously on the look out for something else.

I fell over book 2 on a charity book stall. It was a modern sequel to an old classic. I usually steer clear. These things rarely cut the mustard, but I dipped in, liked it and bought it.

Book 3 I fell over online. An out of print hardback written by the older sister of one of my favourite authors from adolescent days. I'd always wondered about big sister's take on little sister's stories, so I snapped it up.

That left me with a crime, a romance and an autobiography on the go simultaneously. There was a moment at the weekend where I was out in the garden with cup of tea, sun hat, sun screen, our hens, next-door's dog, 40,000 insects and my three books. I dipped into each, fished flying things out of my tea and fended off the dog who wanted to play.

The books! Get to the books.

The crime was a Dorothy L Sayers, Lord Peter Wimsey mystery, called Whose Body? I've read it before. Wasn't much taken with it then, wasn't much taken with it this time. I'm not a great fan of Peter Wimsey who I always think will irritate the hell out of me far more than he actually does. But the fact is that Sayers can spin a yarn and as ever, she keeps me reading. I'll never class it a favourite but I won't give it away. In another few years I expect I'll read it again. 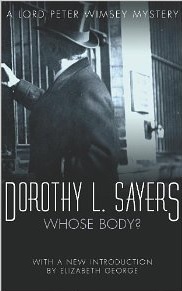 The romance - this was Pemberley by Emma Tennant, a sequel to Jane Austen's Pride and Prejudice which has always been a favourite of mine. If I could have got at the bookcase (that's another story) I'd probably have picked Pride & Prejudice as my easy reread and had no hankering for any other books. Constructing a sequel to a classic is never easy, in some cases impossible, though Pride & Prejudice lends itself to a sequel far better than something like Gone With the Wind. I'm afraid I hated PD James' Death at Pemberley. The genre swap simply didn't work in my view.

Emma Tennant takes a light tone, leaning very much towards the relationship tangles to find her drama, and she mirrors the original rather cleverly. Does it compare? No, but it doesn't set out to. It's more of a light romp. She catches the tone and relies heavily on dialogue which I thought she did well. I enjoyed it. 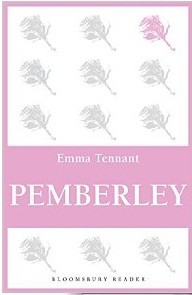 And finally the autobiographical one. It was The Doctor Wears Three Faces by Mary Bard who was Betty MacDonald's sister. I read it to the end but it was a big disappointment. There were interesting insights into the times but barely a mention of Betty. I wonder if that was at the direction of the publisher. Betty MacDonald was sued twice for portrayals in The Egg and I, with one out of court settlement and one court battle which she won. Maybe the cautious publishers of the time warned Mary off anything but the most cursory mention of her sister. I'm fairly sure the rest of her books (of which I've read reviews but not the things themselves) will be the same.

The pictures were interesting of the somewhat brutal male dominated field of medicine and things like the doctor sitting up in his hospital bed post appendectomy demanding his cigarettes, but what I wanted to know about was the other side of Betty's illnesses; how did they cope when Betty was whisked into a sanatorium? How did Mary cope with her role as breadwinner and job finder for such a large family in the depression - we have Betty's side in Anybody Can Do Anything. What did she and the family make of Betty's first marriage. Did they know about the violence before Betty left Bob? Was that the real reason for Mary's absolute insistence that Betty drop everything, pack only what she could carry along with her two small children and trek across miles of wilderness to get to the nearest bus stop to bring her back to civilisation*? If only her publishers had told her to mirror Betty's own books and give the other side, her book could have been riveting for all that the writing doesn't have Betty's light touch. Alas, I fear they told her to steer clear of what they must have seen as controversial ground. 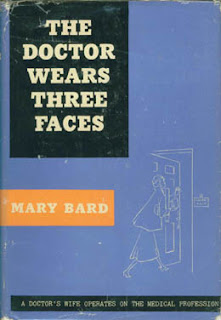 * The version in Anybody Can Do Anything. The version given by Betty's long-time friend Blanche Caffiere is that Mary drove out to the farm at a time she knew Betty's husband wasn't there and helped Betty pack up what she could, then drove her and her daughters away from the abusive marriage.

Posted by Penny Grubb at 10:00 2 comments: Links to this post