This is the sea below Prince’s Quay shopping centre in Hull. 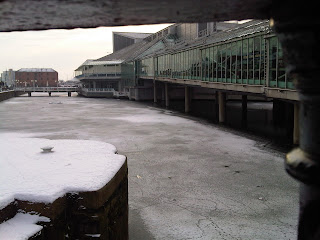 This is the frozen marina taken from the roof of Prince’s Quay. 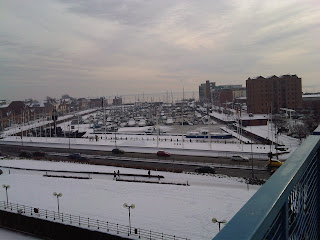 The next sequence goes closer and closer to the semi-frozen fountain in Queen’s Gardens. 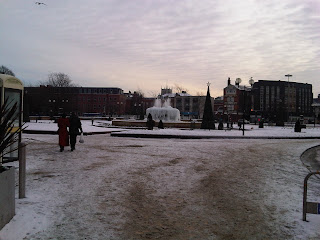 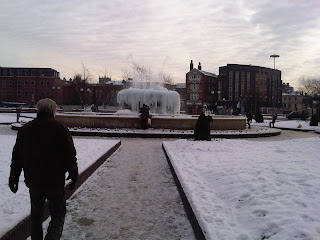 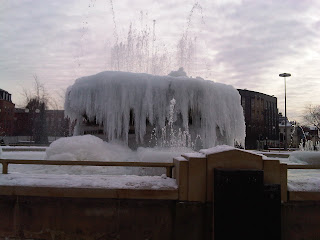 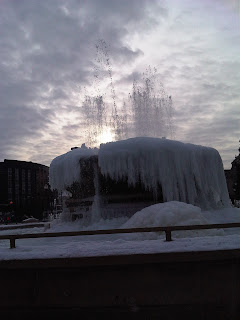 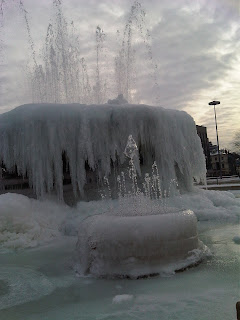 Email ThisBlogThis!Share to TwitterShare to FacebookShare to Pinterest
Labels: Life in Hull

Trees turned to into an ice forest

They are old enough to have seen this weather before but this close to the coast it’s unusual to have so much snow or such a hard frost. 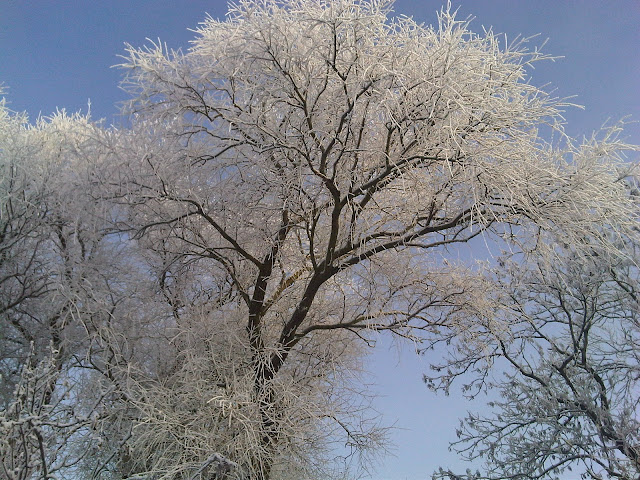 Recognisable trees, but only a day ago, recognisable grass too. Snow smoothes it all out. 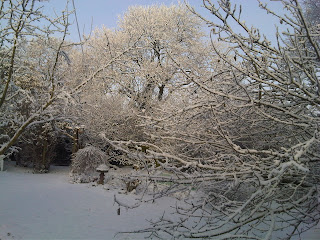 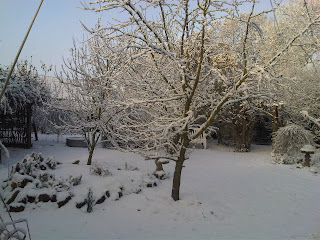 The pampas grass looks disgruntled but it's still standing.  The clumps at the end of the drive thwack the windscreens of any cars that pass and if anyone is careless enough to drive past with the window open, the grass arms reach inside and flap about releasing a shower of snow.  I'm yet to get a photo of that, but live in hope. 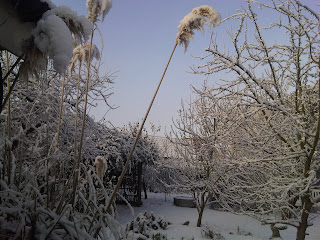 Using the model of 29 November 2010 and the Doll Makers, here are three key points:

1 Avoid a day when there is a Tube strike

All in all, it wasn’t surprising the turnout was lower than expected, but enough people made it for a good time to be had by all. The members’ area at ALCS is a great venue and worth fighting through adversity to see.

Jason from Camden Lock Books struggled in (and up) and with sales on the night and some advance sales from people who hadn’t made the party, left without any books at all which is as it should be.

Two attendees, author Jan Jones and wild life photographer Sandbyte, took photos and blogged the event. Thank you to them.

Chances are we’ll be back for the next launch around June next year. The venue is too good not to take a risk with the lift. We’ll avoid tube-strike Mondays. And if it snows heavily enough in June in central London to bring the city to a standstill, the world will be facing larger problems than disruption to a book party so we’re not worrying about that. 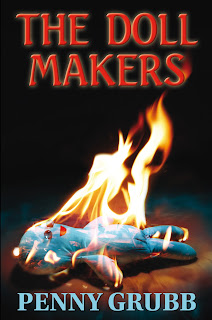 For short story fans of no particular genre

The anthology, a Sackful of Shorts, has no theme in the usually accepted sense. What holds it together as an anthology is the history of its group of authors. Most but not all the stories are published here for the second, third or fourth time, having originally been published or broadcast elsewhere. Many of them are prize-winners. The author bios at the end of each story provide more information about the writers and give links to their other work.

The plan was to offer this collection as a free e-book, but that would have prevented it being available in some key outlets, so it is offered at a minimal price of 99 cents. And half the book can be downloaded for free.

And now this blog becomes a bit of a cheat because author and reviewer, Stuart Aken, has written it up on his blog so I direct you to his excellent piece for more detail.

The anthology can be found, downloaded or bought on Smashwords. 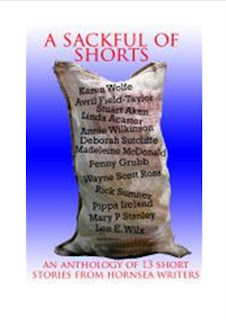 When you need to go out in this 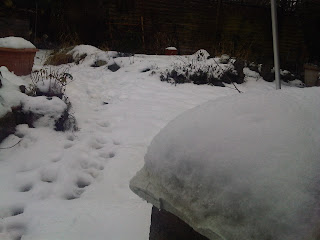 You should always keep these warm and dry 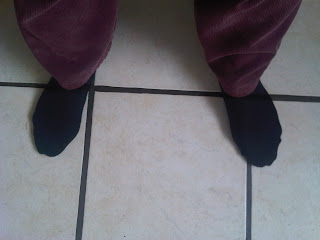 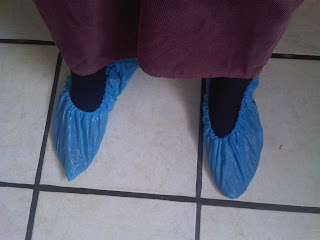 Then add a supermarket carrier bag to each foot. 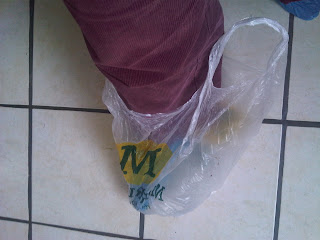 Then a sturdy pair of boots 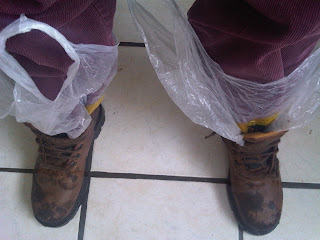 And you’re good to go.

Alternatively, get in a gang of kids to turn this 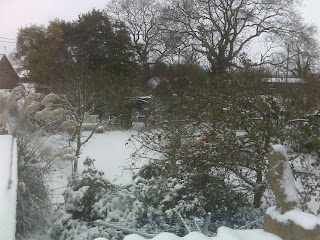 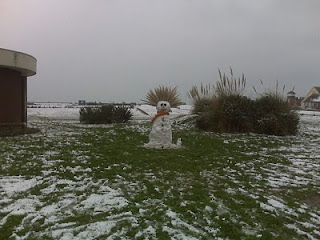 The agreement was that whoever was behind the wheel at the point the others managed to push the car back into motion must continue going (if possible) until out of deep snow.

We thought we’d done the hard bit in getting up the hill so didn’t expect deep snow in the dip at the bottom. Daft really, where else would deep snow go? There was one spot 100 yards on where I could have stopped and waited but I thought they’d been picked up by the grain lorry now following and it wasn’t that secure a spot, just slightly shallower snow. By the time real traction on the wheels returned and I stopped to retrieve the family from the grain lorry, I was a mile or so further on. He hadn’t dared stop for them, he told me, or he’d have been in the deep snow too.

What could I do? I couldn’t leave the car in the middle of the road to go back for them; couldn’t drive back for them, so went home, picked up spare gloves and hats and things (would have included huskies and a hip flask but we have neither) and yomped back across country.

Trudged almost as far as the mill. No sign of anyone. Called out but the blizzard was against me. Then spied a lone figure. And here it gets into lucky-after-all territory. If I hadn’t driven off and left them or had realised they weren’t in the grain lorry and stopped sooner, then we might have made it home but Son would have ended up stranded with a much longer walk.

They spied him in the distance heading for home via the same route in the little car. Since the big car hadn’t made it, the little car hadn’t a hope, but luckily it gave up way before getting to the dip so they could push it back to the main road and try another route in.

Father and Son headed off in the little car, leaving daughter-in-law to walk back. That’s not as heartless as it sounds. The little car won’t fit more than two and going the long way round they were in serious danger of ending up in a snow drift much further from home.

Neighbouring farmer with 4*4 picked us up and dropped us at the door. Thank you very much. Father and son arrived soon afterwards having made it all the way to the bottom of the drive before getting stuck.

Hot food and drinks all round and a happy ending. I’m due to go in for a Radio Humberside interview tomorrow. Not yet decided if I’ll brave it into town or sit tight and ask to do it by phone.

Pure coincidence that I took my phone out and snapped a pic of the road ahead just as we were gliding down towards the drift that caught us. 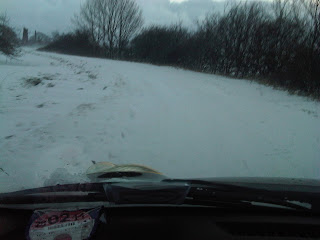