Red Sky by Carl Brookins
My rating: 4 of 5 stars

This is a fast-moving tale of adventure and espionage set in and around the Virgin Islands. It has one of those slow-burn starts where you get wrapped up in the landscape and the minutiae of life aboard a yacht as married couple Michael Tanner and Mary Whitney enjoy an idyllic sailing holiday, but there’s an underlying tension because you know the peace is not going to last, and indeed it doesn’t. The trouble starts when Michael finds a considerable sum in used (and very wet) bank notes floating in the sea.

A stand-out feature of the book for me was the sailing and Virgin Islands background that was woven into the story. The descriptions were superb and pulled the reader right into the experience of sailing in the Caribbean. I know nothing about yachts but was fascinated.

If I have a criticism it was that at times the drama was unnecessarily diluted, for example by a change of viewpoint or a lack of character reaction that pulled the reader back from the action at key moments. I noticed one reviewer saying they thought some of the scenes were far-fetched and in my view that impression came directly from the fact that the drama was not always milked for maximum tension.

The story kept my interest and left a lasting impression of its amazing setting.


View all my reviews
Posted by Penny Grubb at 19:16 No comments:

Not that we had a clue on New Year’s Eve, awaiting the dawn of 2020, that covid-19 was even a thing. No one knew at that stage, though hindsight would show it to have been around since the autumn.

On New Year’s Eve our attention had been drawn to our boiler.

At around 11.30 pm it had given up the ghost, refusing us either heat or hot water. It was a cold night. We could see the pressure wasn’t right so we did things with valves and pipes to get things back where they should be, but nothing changed except that the night grew colder, and we realised we’d missed the Magic Midnight Moment. Not exactly ‘missed’, we’d arrived in 2020 after all, but failed to mark it.

It didn’t occur to us that the demise of one of the modern world’s handy pieces of kit at an inopportune moment might become the theme for the year.

Cue Covid-19 and Day One, Lockdown, and all our TV channels disappeared. 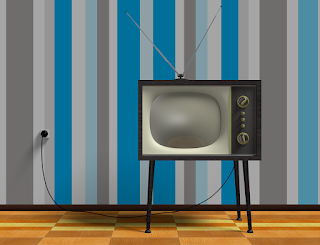 Much resetting and checking of aerials, connections, wifi ... and the box gave us grudging access to just two channels.

One was some kind of beginners’ TV – the place where students go early in their career (very early, I would say) to learn how to work a camera, how to present the news, how to make a documentary. It had a certain shaky charm; the newsreader too low in the frame, who stared like a rabbit in a spotlight while he read through his lines, clearly terrified of linguistic traps; the documentaries were less fun, wobbly shots of cliffs, beach and sea that never quite gave a satisfying panorama and were too often cut through by the flapping close-up of a trousered leg.

When off-air to students, the channel turned itself over to live shopping and those stilted duets between couples who can never get the gizmo to work, and you find yourself wondering what would be the point even if they did.

The only other channel was a film channel. The first thing it gave us was a posse of cowboys riding into a crowded town street, rows of horses tethered to rails, every inch of road surface smooth and gleaming. Do they starve the horses before these shots?

An inauspicious start but in fact, when things are done, when we’re tired and want just to relax in front of the TV, we watch this film channel. We’ve become reacquainted with Dean Martin, Marilyn Munroe and Robert Mitchum.

As it turns out, a boiler can be repaired at New Year far more easily than a dodgy TV during a pandemic so we’re stuck with our single channel. Is it a problem? No, it’s really not. Gone is that checking through 120 channels in the vain hope of finding something worth watching, and we just sit down to whatever film happens to be showing.

The other night we watched Sheila Delaney’s A Taste of Honey with a very young Dora Bryan and an even younger Rita Tushingham and recalled what a stir it had created at the time. In fact, when it first emerged I was considered far too young to watch it at all. For an incredible glimpse of the 1950s meeting the 1960s: out-with-the-old (the stiff and starched young BBC reporter) and on-with-the-new (the late great Sheila Delaney) take a look at this 2-minute clip.

Meanwhile, the books-to-be-read pile is going to start going down and as it does, this blog will revert to book reviews. 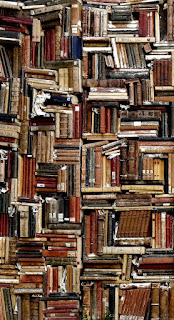