Which way to the maps section?

Was the first question I was asked at my book signing today. The second was about where they kept the newspapers. The answer to that one is in the shop across the road, because Beverley WH Smith is one of just half a dozen in the country where they have a dedicated book shop. It was an experiment some years ago, that was successful enough to keep the shops going but not apparently successful enough to open more. 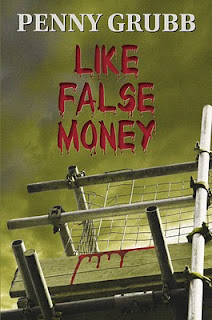 Despite this inauspicious start, most of the people I talked to today were interested in me and my book. One chap was very taken by the cover image. It shows scaffolding against a stormy sky from a low angle so it isn’t possible to see what is on the platform. He wasn’t so much interested in the tiny trickle of blood seeping between the wooden planks, but had queries on the tensile strength of the safety mesh, noting it to be an unusual kind. We talked all around the building trade and the conservation of old buildings. Another couple questioned me closely on exactly where in Holderness the book was set. As luck would have it, Annie travels several times through the particular village they were interested in.

One woman arrived to see me because she’d seen the book advertised and thought I might be a relative. Her nephew is a keen genealogist and indeed we might be related. There was no way to know or even guess what the relationship might be, but I was glad to meet her.

Being sandwiched between Gervais Phinn and Joe Longthorn and trying to peddle a book that was more expensive than theirs did nothing to boost sales and I didn’t sell out of books at this event, but I guess they can’t all be sell-outs, and I sold more than I expected to.
Posted by Penny Grubb at 21:19