It’s a beautiful city. There’s a centre with a maze of largely pedestrian streets and alleys, the weather warm enough for us to sit outside to eat. 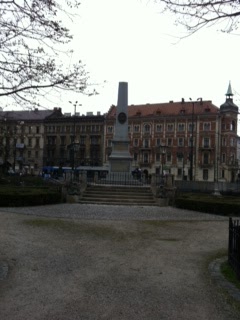 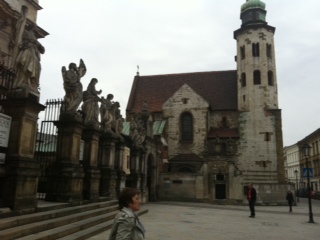 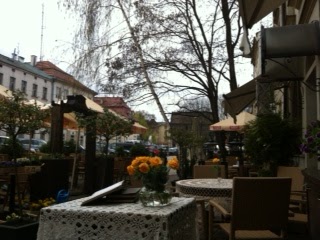 As well as exploring the city streets, we went to Vavel castle, which was the home of the Polish monarchy. 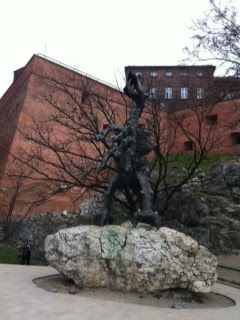 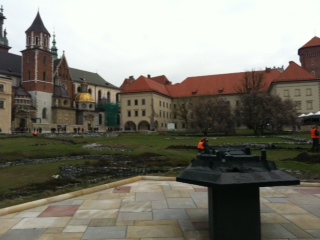 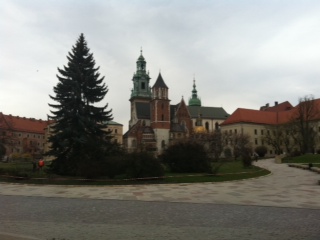 Having climbed up and into the castle, we leave through the twisting tunnels of a cave called the Dragon’s Den. It is said to house the dragon that guards this entrance to the castle – no millionaires waiting to throw insults and shell out cash. 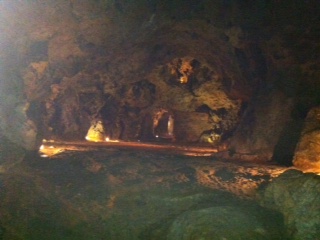 Underground in the Dragon's Den 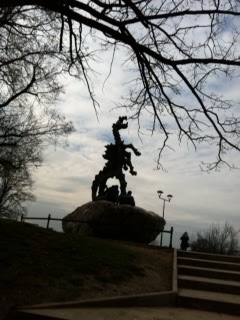 This way out leads to the banks of the Vistula.

The footbridge we cross has hundreds of padlocks locked to the mesh of the sides. Most are labelled with two names and a heart, reminiscent of the ancient graffiti at Stonehenge. Some of these are clearly as old as the bridge. The bridge itself doesn’t seem so old but other older bridges are also adorned with padlocks. We didn’t find anyone to explain the tradition. 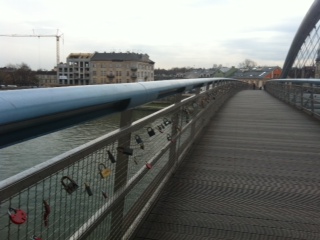 At the other side we were in the industrial quarter – a sea change from the Krakow that draws the tourists, except that tourist buses drive past us every few minutes taking people to and from the Schindler factory which is our intended destination. A misreading of the map makes it a longer walk than it should have been. It’s a very intense experience to walk round what is now a packed museum knowing what happened here and what draws people.
Posted by Penny Grubb at 01:03