Locked up for being a writer

In Istanbul we were asked if we would represent the International Authors’ Forum at a press conference at which Ola Wallin (Chair of the International Publishers Association Freedom to Publish Committee) read a statement in support of writers in Turkey, calling specifically for the release of translator Deniz Zarakolu who has been held in prison for over two years without charge, and calling also for dropping of charges against publisher Ragip Zarakolu. 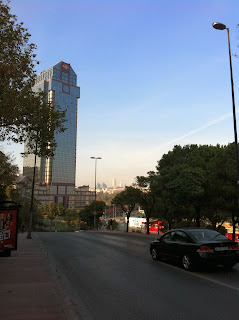 Writers in Turkey under the current regime can be imprisoned for months or years without any charges being laid. 'Evidence' against them can come from anonymous sources and be too woolly to counter: someone claims to have heard an unspecified something at an unspecified date/place that is claimed as 'proof' of an unspecified offence. Punishment by way of jail ‘awaiting charge/trial’ follows. 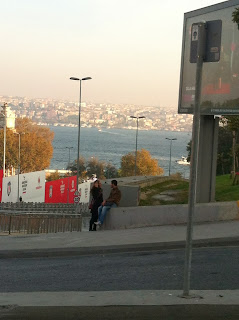 The official press release is below. On behalf of the International Authors Forum we gave it our support.

In an unfortunate coincidence of a footnote, a journalist who had been at the press conference was prevented from boarding a plane out of Turkey later that day. It turned out to be nothing more than an overbooked plane but Turkish writers are routinely jailed for far lesser 'offences' than attending press conferences and giving interviews. The incident provided further pause for thought for those of us who attended and were vocal in our support.

It is great that we can take our own freedoms for granted, but must guard against becoming so blasé that we lose them. 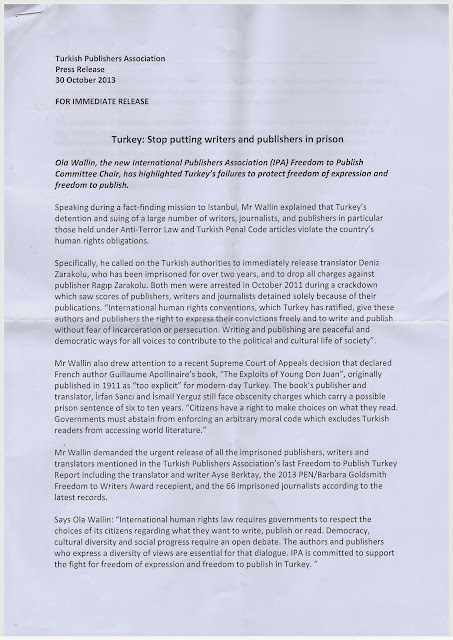 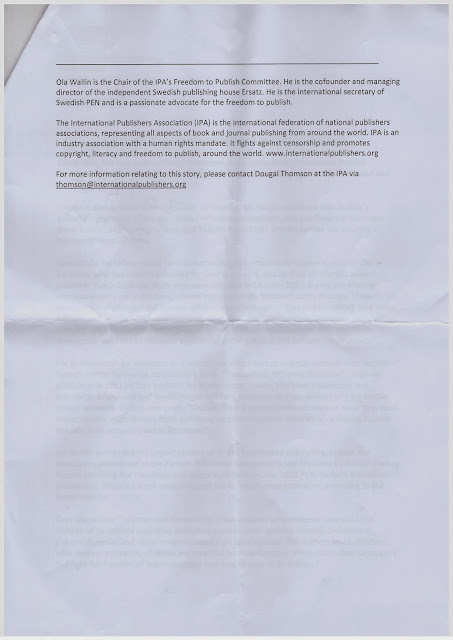