It’s July three years ago. Right now. On Wednesday 2nd March 2016 it is July 2013. Or it would be if we didn't have leap years. And this is what the July weather looks like: 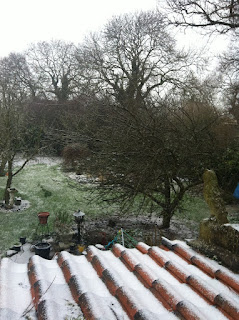 Are we all three years younger or three years older, or are we pretty much the same except that our units of time measurement are subtly different? Maybe the fact that our year-unit has failed to keep proper time with the revolutions of our planet has completely screwed us up as a race.

Pause while I pop back to March 2016 for a reality check and wonder how much more screwed up we could possibly be as a race.

Having gone this far, let's do without the less fashionable leap-second as well. The lack of the leap-second would be a slower burn thing in terms of becoming noticeable, but we would gradually slip out of phase with day and night. But again hasn't 21st century living pretty much done that already.

The leap thing, be it second or year, seems fairly innocuous. A few people get exercised over the myths surrounding 29th February, but it’s only a day, it’s soon forgotten. The leap-second doesn't have the same effect of course. It has been and gone before anyone can get hot under the collar.

Maybe what we really need is the leap century.

Given that the turn of the century always prompts groups of unstable megalomaniacs to nurture their paranoia and work out new ways to kill as many of their fellow beings as they can, whilst laying waste to the only planet we have, is a leap century the answer?

If a single century could last perhaps ten times as long, then that mid-century optimism, sense and pursuit of the common good might have taken firm enough hold to counteract the let’s-be-irrational effects of the century’s turn when it comes.

Meanwhile it continues to snow gently on this balmy July day three years ago: 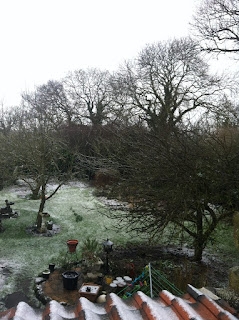