Advice for writers #6 #7: hidden gems or crazy counsel? The Why and the How

As inspiration for the New Year, quotes six and seven IN THIS SERIES get the treatment. 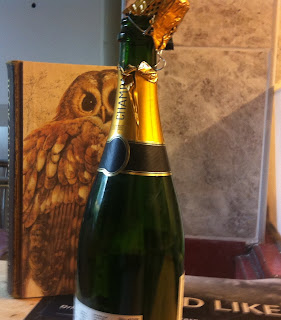 “We write to taste life twice, in the moment and in retrospect” (Anais Nin)

There are many ways of putting this one and you’ll find variations on the theme from other writers, some of which I intend to unpack later, but this one just kind of chimed with me.

In a nutshell is it the absolute reason why I write? Well, no. If I’d had to think it out for myself I doubt I’d have said it at all, and if I had I wouldn’t have put it so neatly. And yet... and yet... there’s something in it, and I like that I didn’t think of it myself. It gives me a sense of learning something I didn’t already know.

Now for some pragmatism and quote 7.

“This is how you do it: you sit down at the keyboard and you put one word after another until it’s done. It’s that easy and that hard” (Neil Gaiman)

And that is spot on. Agatha Christie said something similar when asked how she wrote her books. You think of an idea then you force yourself to write it.

The planning, the plotting, getting the shape of the thing on paper (or screen) is a process that I enjoy. Getting from the rough outline to a set of words that makes sense is the bit I find pedestrian, a bit of a chore. But polishing that set of words to make a scene spring to life, fly off the page, crackle with tension – that’s the bit I really love.

And there’s something about that final polish that has an air of tasting life the second time, but Neil Gaiman has the nail on its clichéd head. It’s a funny business, writing, and it really is that easy and that hard.