The art and craft of thinking

Part of my day job is to introduce large numbers of students to the world of higher education via a short series of workshops that runs across a single term. The ‘visible’ part of this is guiding new students around the physical and administrative complex that is a university, but by far the more important part; that part that will (I hope) stay with them forever is to challenge their views on how they think.
My end game here is for the students to develop habits of thinking critically and objectively, of putting aside their own prejudices and preconceptions and assessing evidence for what it really is, and not for what they might be expecting to find.
The following is adapted from a taster that I present to the students at the start of their course: a means to start them off on a critical journey. Take a look at the following cartoon: 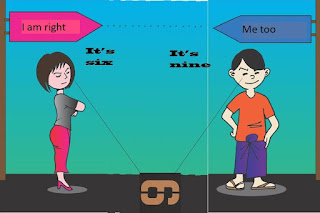 ·         Which one of them is right?
·         Are they both right?
·         What if one of them says to the other, "Just because you are right, that doesn't mean that I am wrong," - is that valid?
·         Are they both equally right and wrong?
In fact, one of them is probably wrong.
Someone might have painted that number on the ground from a particular orientation for a particular purpose. It might signify important information - a distance or a weight limit. It's possible that interpreting it the wrong way would lead to catastrophe.
At this point, neither us as readers nor the cartoon characters themselves have enough information to know who is right.
How would they find out? First they should stop their pointless argument, because they do not have the facts and will get nowhere. They could then back away; they could orientate themselves with surrounding buildings or a nearby wall, look for other numbers to line up with this one; or they could ask someone who knows more about this than they do.
This process of finding out more is research. It’s the process by which we progress; it’s the reason people no longer die from smallpox; the reason we can travel vast distances in hours; the reason we can communicate with people on the other side of the world in real time; the reason we know so much about our own history.

Research is a skill that everyone should learn. And hand-in-hand with this is something else to learn: Research is something you do before you decide you know the answer.
Along with learning how to research, is learning how to avoid this "6 or 9" situation. You do it by questioning, by not taking things at face value, by stepping back and taking an objective view. Question what you hear and what you read. Is this true just because it 'seems obvious'? Is there another way to look at it? What is the aim of the person who is saying this? Do they have credible evidence to back it up? Are there other people who have investigated it and who have more in-depth information?
Look beyond the soundbite!
Why is this important? In declaring six or nine, the characters in the cartoon are each stating an uninformed opinion about something they have not investigated or thought about. They each proclaim that they are right and consider their opinion to be valid. But without evidence and facts to back it up, an uninformed opinion is not valid and can be very dangerous.

Think about this the next time you watch a discussion programme. Are people stating opinions without backing them up? Are they providing evidence? Is the discussion's moderator doing a good job about highlighting evidence or the lack of it or is s/he giving equal weight to facts and uninformed opinion?
Uninformed opinions can be dangerous. 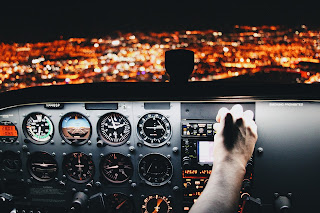 Suppose an aircraft is grounded for a serious mechanical fault.
·         Engineers: This plane is not safe. It cannot take off.
·         Airline management: We can't afford to lose the money. It will be fine.
·         Engineers: Here are the results that show that this component is likely to fail with catastrophic effect.
·         Airline management: Here are the statistics to show that there has never been a plane crash on this route. Can you say with 100% certainty that there will be a problem?
·         Engineers: No, because these things are never predictable with 100% certainty, but we can say that the chances of the plane crashing are high.
-- the discussion continues -- Should the plane take off without repairs? And if it does, would you want to be on it? 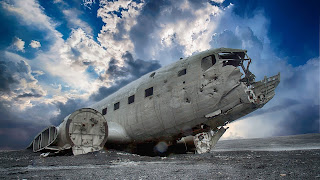 In essence this was the argument that took place behind the scenes before the catastrophic failure of the Challenger space shuttle. The engineers expected it to leak fuel and blow up on the launch pad. In fact, the leak happened but the freezing conditions plugged it for just over a minute and the craft exploded soon after take-off with the loss of everyone on board.
As a result of the investigation and subsequent report, procedures were changed so that a management decision could never again overrule a safety issue.
Thinking about your opinions is important. Why do you believe one thing over another? Are you basing your views on evidence or on something else, maybe your like or dislike of the person who is saying it? It is an interesting exercise to stop and think about the way you form your opinions.
It is often said that 'everyone is entitled to an opinion'? I say, not so! I say that you can hold the opinion that a certain breakfast cereal is the best because you enjoy it the most, but if you want to hold the opinion that your favourite breakfast cereal is a more healthy option than any other cereal, that is only valid if you can back it up with credible facts.
The journalist Jef Rouner has more to say about this in his article, No, it's not your opinion. You're just wrong.
Food for thought. What do you think?