It happens all the time in Kazakhstan

So I’ve been told by people who work there. But it’s a first for our back garden. The Indian Bean tree has flowered. 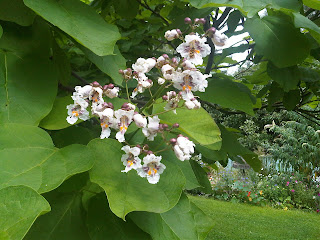 The thistles and buddleia are thick with bees and butterflies so intent on their business that you can bend the flowers down and watch closely, even stroke the bees if you’re so inclined. Capt Butterfly would be right at home here now, and would take pictures at the point where a thousand winged beasts hovered around the bush, rather than the second after they’ve all fled. 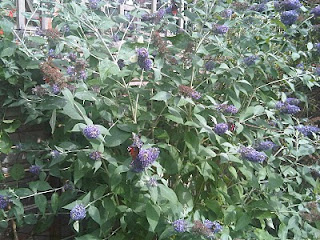 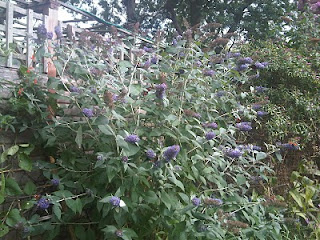 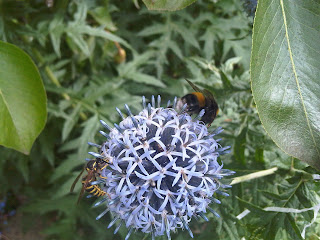 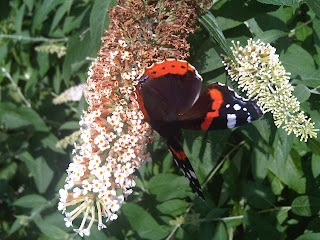 But no difficulty taking shots of the little buzzer things – those harmless ones that mimic wasps. 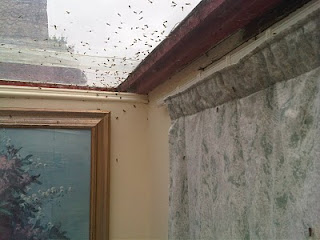 We assume an overlooked nest in the corner of the garden room or just outside. For two days it was like having the World Cup on in the background again – the constant hum of vuvuzelas. Proper wasps flew in and attacked them, picking off individuals, killing them quickly and then dismembering them. There is a touch of evil to wasps. They seem to mean it.


The grapevine is now tall enough to come into the garden room so we can expect a whole range of insect companions in there next year.
Posted by Penny Grubb at 10:21