#justimagine Author John-Paul Cleary on Fusion and freeing those cats!

Introducing Fusion author John-Paul Cleary who lives in the small town of Stonehaven in the North East of Scotland. John’s story Afternoon Express appears in the Fusion anthology. 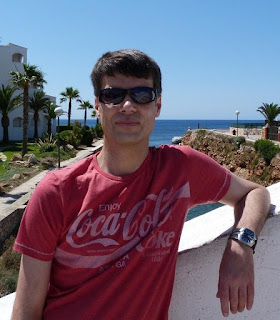 John-Paul is no stranger to publishing success. His debut novel Convergent Space peaked at number 1 in the Space Opera charts on Amazon UK in 2012 and has sold over 10,000 copies worldwide. 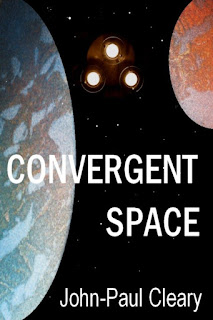 His sci-fi novella Eleven Town is also gathering a crop of good reviews on Amazon. 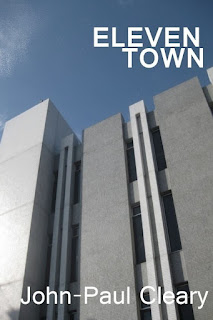 Despite his success to date, John-Paul wasn’t sure he had hit the right note with Afternoon Express. ‘I wasn’t confident at all that my story would be included in the anthology. I wrote it especially for the collection so it was a pleasant surprise when they liked it.’ He adds, referring to the invited contributors, Stuart Aken and Danuta Reah, ‘It’s always nice to be categorised alongside what I call ‘real’ writers. That doesn’t mean I’m a fake.  It just means I’m not as good as them.’

And how did he find the editorial process and will it have a lasting effect on his writing. He tells me ‘The Fantastic Books Publishing editorial team gave me some invaluable editing tips.’ And on lasting effects, he adds, ‘ I’m hoping my writing will need less editing since I now hear their advice in my head as I write.  Actually it’s becoming a bit of a problem.  I’ve tried counting down from five and clicking my fingers but I just can’t snap out of it…’

Because Fusion spotlights science-fiction and fantasy, we invited all our authors to become a space scout who has just discovered Earth and learnt its history. John-Paul really threw himself into the task and gave us a full-blown alien report.

***
See attached photos of the Grand Canyon, the Pyramids, a whale and a plate of tangled up food they call spaghetti.  Apart from that my trip to Earth was rather dull I’m afraid. The dominant species on this planet call themselves the People. They’ve mastered technology and even rudimentary space flight but at heart they’re a dull lot, not at all the kind of aggressive ally we’re looking for.  They were getting somewhere at one point with a group called the Romans and later during a time-period called the 20th Century but that’s all gone now.  These days they’re constantly trying to bring peace and avert wars.  It’s really quite sad.

Now if one of the other species on Earth had risen to the top things might have been different, say the hilarious Chimpanzees or the vicious Cat family.  I’m certain the Cats would have devised some weaponry worth writing home about.  But it was not to be.  Earth I’m afraid is stuck with these People and as a precaution they keep the Cats locked up in their houses, never in more than twos and threes.

Another odd thing about the People is their language. They don’t realise that an efficient language – with the necessary affixes, suffixes, infixes, prefixes and circumfixes - only needs 684 different words.  One of their languages called English has hundreds of thousands of different words.  No one even knows what they all mean!

A lot of the People spend their time finding different ways to rearrange these thousands of words into what they call books, which are like anecdotes but much longer. I got my hands on one called the Night’s Dawn Trilogy. 1.2 million words. I won’t be reading that!

My advice about Earth – stay away.  It’s dull and the weather is poor. They don’t do good wars and the People spend most of their time reading books, talking, or sending more words to each other in little messages called texts and tweets.

Earth won’t ever be a useful ally. Not until they get rid of all these words and books, or alternatively until someone frees the Cats!
***

John-Paul’s fans will be pleased to hear that he is currently working on the second book in the Convergent Space series.

Convergent Space– An epic space opera where Earth is a faded galactic power desperate to regain its former status.

Eleven Town – An unstoppable disease strikes a dystopian world - what lies beyond its metal walls?