#justimagine Author Natalie Kleinman on Fusion and a great way to start September!

Introducing Natalie Kleinman whose story Beyond the Fringe appeared in Fusion. Natalie has been writing for about ten years and having now broken into the short story market, she’s concentrating her efforts on a novel. Natalie says, ‘I took up writing in the mistaken belief it would be a gentle pursuit. We live and learn. It didn't take long for it to become an intense passion.’ 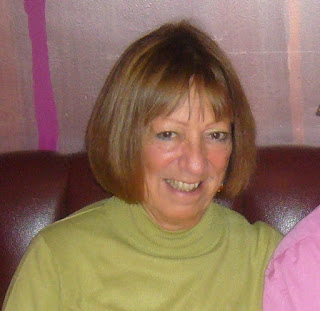 Natalie heard that her story was in the short shortlist for publication on the first day of September last year. As she says, ‘A great start to the month!’ She adds that she was not confident enough in her story to expect it to land in near the top of the list, but was ‘delighted’ when it did.

She was pleased to be published alongside established authors, saying, ‘A definite positive. How could it not be in such company?’

On the few changes suggested by the Fantastic Books Publishing editorial team, she says, ‘I appreciate any suggestion that helps improve my work.’

A question that stymied her was a recommendation for a compelling tale and not because she couldn’t think of any, quite the opposite. As she put it, ‘Where do I start?’

Reflecting on the idea of an alien scout reporting back on the Earth and its history, she says she would recommend the aliens to make contact with people on Earth. As she says, ‘Some things we do very well and some very badly. Assuming the alien race was benign I would hope their influence might mean the end of war and bring out the best in us. I have a strong belief in the human spirit and the basic goodness of mankind.’

And how is that first novel going? Natalie tells me that the first draft was finished by Christmas and that she had a pause over the festive period. She adds, ‘I’m now poised, red pencil in hand, ready to pull it apart and put it back together again. My new year’s resolution is to knuckle down to editing.’