I’m pleased to introduce you to author Walt Pilcher whose story The Meeting at the Centre of the Universe appears in Fusion. Walt lives in Greensboro, NC (USA), with his wife, Carol, an artist.  His parody radio commercials at age 11 foreshadowed a consumer products marketing career from which he retired as a former apparel company CEO.  He moonlighted with fiction, poems and songs, building an impressive writing CV. Walt was published in the first issue of Galileo magazine and in The Worm Runner’s Digest, and he has edited two books by other authors. 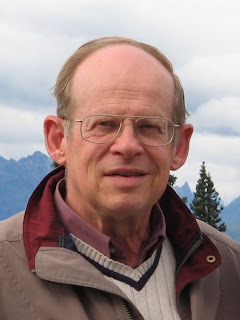 More recently his works have appeared in Fresh Magazine, the Love, Life and Peace anthology by Stephanie Thomas, and Fire & Chocolate, the 2012 poetry anthology of the Writers’ Group of the Triad. 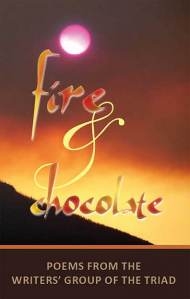 Walt first heard his story had been picked for publication when he read his email from Daniel, CEO of Fantastic Books Publishing. Walt says, ‘I’m always happily surprised when one of my pieces is accepted, although it does set me back a little in my quest to completely wallpaper my office with rejection slips by the end of 2013 (harder to do in today’s paperless digital age anyway).  I knew it was a good story and that somebody should pick it up, but still . . . I’m very grateful.’

On his motivation for entering the competition, Walt tells me, ‘I would have entered just for the chance at publication; the prizes and charity donation (which was a wonderful touch and impressed my friends when I told them about it) were icing on the cake.’

He found the editorial process positive, saying that the comments he received were ‘constructively challenging, but I really appreciated it when the team in the end accepted my version (with very minor changes) after giving me a chance to defend my choices.’

When I ask what Walt would recommend as a compelling read to keep a long-haul traveller from boredom, he says, ‘That’s an easy one: My own upcoming collection of riveting and hilarious short stories, satire and poetry (will be looking for a publisher soon).  Otherwise, anything by Douglas Adams or Donald E. Westlake would be a good second choice.’

His answer makes me smile. I know he’s talking tongue in cheek, but I believe the collection genuinely will be riveting and hilarious if The Meeting at the Centre of the Universe is anything to go by. It was one of the few stories that made me laugh out loud when I was judging the longlist.

Now I ask Walt to step into the shoes of a space scout for an alien race. He’s discovered Earth and learnt its history. Should he recommend that his people make contact? He says, ‘Definitely. Most Earthlings don’t even know their own history, so my people would have a big advantage.  And Earthlings are quite tasty, especially with onions and ketchup.’

He’s made me smile again, not only at the answer but at his unconscious echoing of a comment in Stuart Aken’s recent interview.

Having sampled Walt’s work, I’m keen to know what he’s working on now. He tells me, ‘As previously mentioned, I’m compiling some of my work for an anthology.  Should be ready to show to publishers in a month or two.  Meantime, the odd poem or song as the muse strikes.’

Walt is full of surprises. I now learn that he’s writing this anthology with the pen of a master storyteller. He bought it on eBay from the estate of a famous author.  Yes, I want to know which one, too, but Walt isn’t saying.

As if this isn’t enough, Walt also had what he calls ‘a big writing project’ in 2012 about which he says himself ‘talk about “something completely different”!’ He is active in his local church and a Board member at Global Awakening, an international Christian evangelistic ministry, and he wrote a non-fiction book on the Biblical basis for and practical marketplace application of the five-fold leadership gifts of Ephesians 4:11-16, with the working title The Five-fold Effect: Unlocking Power Leadership and Results for Your Organization. The project seems to have been a success because he says, ‘I’m close to finding a publisher.’

You can find  Fire and Chocolate, the 2012 Poetry anthology of the Writers’ Group of the Triad (with Walt’s poem, The County Library’ on p.78) on Amazon (UK) and  (USA).

Walt also invites you to hear him performing the  song version of “The County Library,” (noting that this link can be used from ‘anywhere in the Universe’).

And you can learn more, and hear more of Walt’s song writing on his page on  Acoustic Guitar Community. Walt invites you to visit the page and hear ‘low-budget productions by me and my computer’. Walt can also be found on the music site SoundClick.

Walt has no website but is happy to hear from readers by email at waltpilcher@att.net.