The opening salvo in a century of grapes

We think they are a variety called Black Hamburgh but can’t be sure.  This is the first bunch to be harvested. 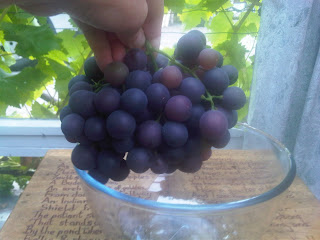 Apparently they can crop for 100 years or more so it is a certainty that the vine will outlive the garden room.
From this: 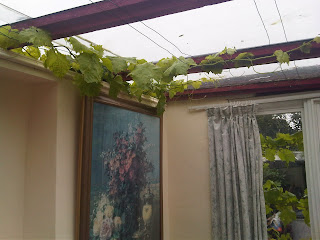 To this in one summer: 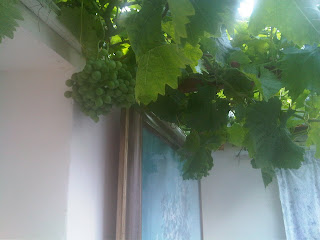 We might make wine one day, but unlikely this year.  Unless the weather holds for another 4 or 5 weeks not enough will ripen.  And anyway, they taste very nice and we’ll have eaten them before anyone gets round to remembering where the demijohns are stored. 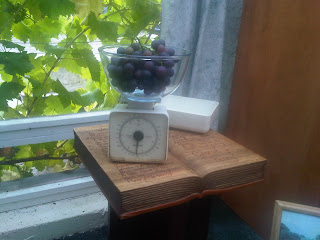 Nominee for Worst Idea of the Week Award

The idea: that Snowball, young H’s new hamster, would love to have an hour in the small hen run on the lawn. 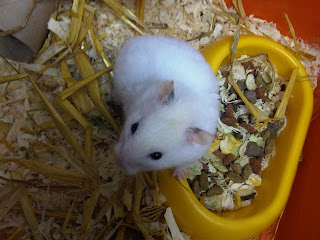 Turned out to be a hole in both the idea and the run.  Didn’t spot it until going to check up on him.  Too small a gap for a hen to squeeze through but a breeze for an adventurous hamster.  Feared it might mean a trip to the pet shop for a lookalike, but spotted him in the flower bed under the crab apple tree.


G said later he thought I was weeding (as if).  I was rugby tackling a hamster in amongst the lobelia.  He’s safely back in custody now. 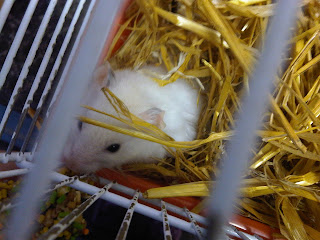 In honour of G’s birthday we went to Robin Hood’s Bay.  It ain’t ’alf steep, but great views.  And amazing old streets. 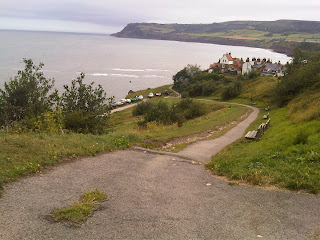 And then on to Whitby – some great book shops.  Loads of Dracula-related stuff of course.  Some interesting looking boat trips, but we got no nearer than watching them set off.  Even more amazing old streets, quite a maze.  We got lost. 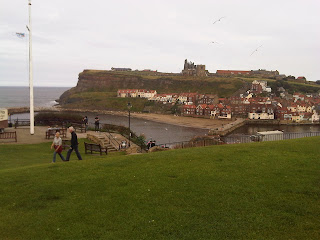 Lovely weather, enough walking for muscles to be complaining next day.
Posted by Penny Grubb at 23:00 No comments: