This was the first grape harvest in August 2011
This was June 2012
And now here we are in August. 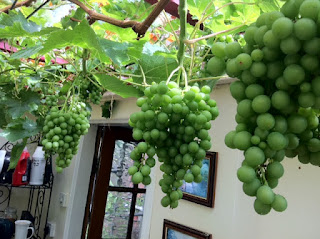 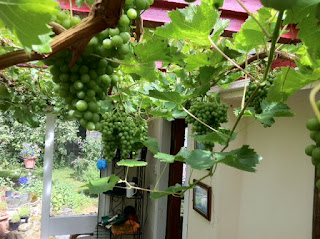 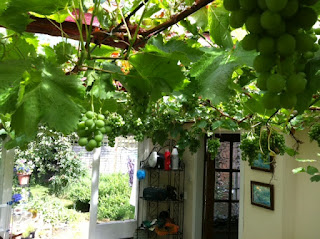 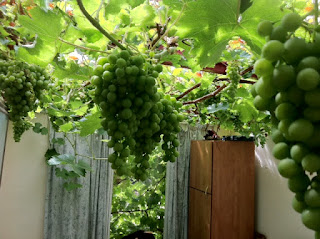 The launch of the Writers’ Toolkit

It turned into an amazing, busy event, exhausting and exhilarating all at the same time. We’d had 34 pieces in to critique and planned two mini tutorials. From there the event blossomed with discussions and comments threads springing up everywhere. I don’t know if there’s an official unit of measurement for Facebook events but our final timeline was ENORMOUS. This is a summary with links to most useful bits. Please browse. Please comment.

The mini-tutorials.
As luck would have it, writing coach Linda Acaster posted a review of the Writers’ Toolkit on Goodreads on the morning of day one, which was a great lead into the first tutorial because her review included the words, 'THE INSTRUCTIONS FOR PREPARING A TWO-SENTENCE PITCH ALONE WAS WORTH THE COST OF THE BOOK.' Thanks, Linda, that was perfect timing!

Some of the advice and tips that popped up during the two days
Some of the discussions
Charity donation
Fantastic Books Publishing donated £1 to the World Cancer Research Fund for every book bought during the launch. Thanks, FBP. You Rock!

The critiques and the winning extracts
Each critique was posted in two parts with people commenting on the work, the critique and on writing in general. We worried beforehand about what we’d do if we had a completely dire extract – we certainly didn’t want to castigate a fellow writer on a public forum. However, we were determined to be both honest and constructive because otherwise what would be the point? And we dodged that particular bullet because everything we read had merit and potential. And some extracts were truly outstanding. We shortlisted six. You can see them on the results link below.

I’m afraid you’ll have to explore the timeline to get at all the critiques, but there are a few links below. And what an ‘interesting’ slant that FB timeline gave to the whole event! With people popping in and out from all over the world, early posts were being liked or commented hours after first posting. And as soon as someone commented, that post would shoot to the top of the timeline. It made finding things incredibly difficult. I resorted to ctrl+f and searching for key words, which is one of the reasons for this blog with its permalinks. I only learnt about FB permalinks through doing this event.

An open poll was held where people could vote for their favourite extract. In addition, Danuta Reah and I (as the Writers’ Toolkit authors) drew up a shortlist of extracts we thought the best and chose a winner from this list. The results were posted at the end of the launch.

·     The Writers' Toolkit - available in paperback - ebook to come.

What's the best place for a novel to start?
What pulls a reader into one book over another?
What do you do if you can't get any tension into a scene that should be high-drama?
How do you lift a scene that seems to drag?
Are you fed up with staring at a blank page?

This is the book with the answers. 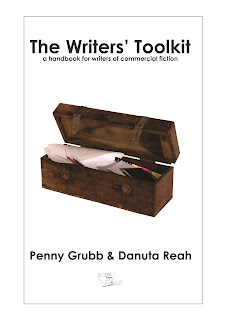 Another close encounter with a bird of prey

The last time I was this close to a bird of prey was in 2010 when it made two attempts at breaking and entering. This time we just chanced upon what was probably a kestrel (must get the bird book out) hunting down the lane. It posed on a telegraph post, inviting a photo, then flew to the next post and struck another pose. Very annoying that I ended up with two shots of an empty lane. Here's one of them: 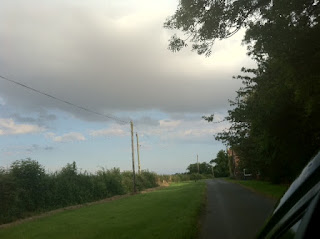 Then I switched to video and tried again. More empty lane, but just a fraction of a second of flapping wings as it dives out of range. Maybe I should stick to writing. Photos are not my thing.

Who’s been monkeying about with the National Anthem at the London Olympics?

A record number of people are there all set to join in a rousing chorus (the ones who know the words, anyway), and someone decided to throw a spanner in the works.

That bit in the middle, the pause where the music usually goes da-da-da-da: it’s there for a reason. It’s for a large intake of breath so that the crowds teetering at the cliff edge of ‘Send her victorious!’ know just when to launch themselves off into it and can do so at maximum volume.

For some inexplicable reason (does it breach some sponsorship deal?) that da-da-da-da has disappeared for London 2012. It’s been replaced by a rather indeterminate dee-daa. All those patriotic crowds, arms whirling as they balance themselves for the leap, are overcome with indecision, casting panicked glances at their neighbours to see who knows when to jump. What would normally be a razor-sharp blast of sound degenerates into a series of mistimed mumbles, not managing to scramble back together much before ‘ICTORIOUS!’

There are some things that people just shouldn’t mess about with, they’re there for a reason: steering wheels on cars, tails on dogs and that da-da-da-da in the middle of the National Anthem.

Off with their heads!