Impressed by the U3A

I confess to having known little about the U3A prior to the spring of 2017 when, following attendance at an event in Hornsea East Yorkshire, I was invited to speak to the Hornsea branch. The invitation was for a date almost 18 months ahead. The U3A is nothing if not organised.

There are people who keep a bank of talks that they roll out in the various places where they are asked to speak. On the face of it, that’s a real time saver as it avoids the need to create a brand new talk every time, but in my experience, where that strategy works, it works because the person with the Talks Bank does not take them out and use them completely off the shelf. They customise them to suit the audience.

The truth is that a badly judged or ill-fitting talk shows. It becomes clear early on that the speaker knows nothing about their audience and that their talk is pitched slightly askew. 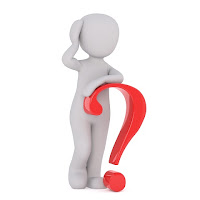 For me it is akin to an invitation to join someone in their home for something like a bridge evening. If I walk in, slump on the settee and refuse to join in other than to drink their coffee and eat their biscuits, I am an impolite boor. If I venture the excuse that I don’t know how to play bridge, I only play whist, then I’m also an idiot. Want to play whist not bridge? Then don’t accept an invitation to a bridge party.

Back to the U3A. I’ve given talks around the world to many different groups on many different topics, but this was my first to a U3A group. I had a vague notion of their origins and philosophy and looked them up to learn more.

The U3A is a thriving international movement that originated in Toulouse University in France in 1973. Third Age University groups in France sprang up, usually attached to a local university, working closely with them in terms of specialist teachers and opportunities for joint research.

As the U3A idea spread, divergent models developed. In the UK in the 1980s, the U3A model was developed as one of peer-learning and self-help, where local groups, such as the Hornsea U3A, are autonomous and self-funding but retain their links and pay a membership fee to an overarching coordinating body that provides access to a vast range of resources. There is now a global network of universities of the third age coordinated by an international organisation.

My talk landed at the point where the local committee had had a significant change of personnel. There were many plates spinning on many sticks as the new guard took over from the old; my long-arranged talk was but a tiny pinprick in amongst the many things that had to be organised. Yet the joins hardly showed. I doubt I’d have noticed at all if I hadn’t had it explained to me by someone concerned that some frayed edges might show.

It all went remarkably smoothly. I was welcomed in, the technology worked, the timing was impeccable, interesting questions came my way and I had a thoroughly enjoyable time. My talk was entitled: Contemporary Crime: the problems of researching the present.

It was my first U3A experience but I hope it won’t be my last. 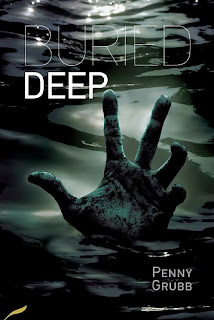 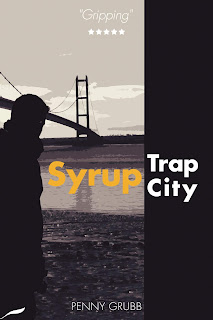 The versatility of the chopstick

Out of nowhere I had a sudden desire to knit, not something I’ve done for decades and not something for which I’ve ever had the least aptitude, but hey, have-wool-will-knit – and I had wool. 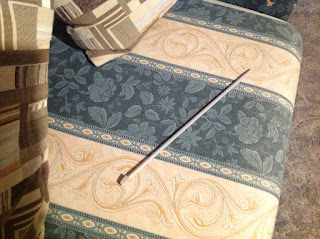 Alas, a forensic search of the house turned up but a solitary knitting needle.

A bit of lateral thinking took me to the cutlery drawer, and the scarf began life on one knitting needle and a chopstick. 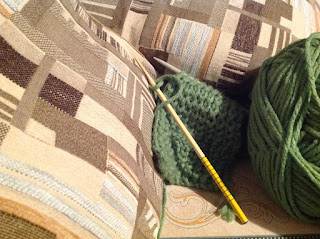 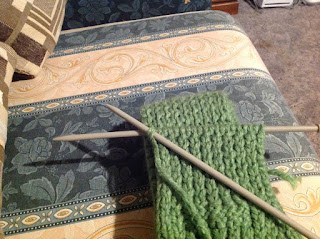 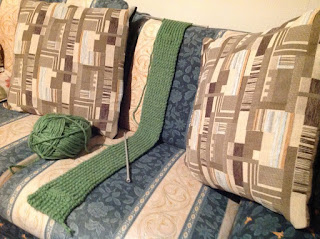