Editing in the sun, International Rescue and the Hood’s revenge

The cat initiated a game of International Rescue. She was the Hood, leaping from the long grass with murder in mind and baby frogs in her sights. I was the various Thunderbirds flying to the rescue, scooping baby frogs back into the pond.

The Hood might be thwarted but never defeated and eventually retreated to the beck. I edited and forgot about cats, Hoods and F.A.B flying craft.

Then the Hood in feline form flew out from the beck clutching a baby rat, streaked into the house pursued by the dog and dropped the rat which ran for cover and got away. The message was clear. For every baby frog rescued, a live rat will be added to the household.

It’s not like the cat to think outside the box (she prefers to sleep inside the box). Now night closes in with the cat in her favourite place, the dog asleep and the rat making itself at home behind the skirting board. 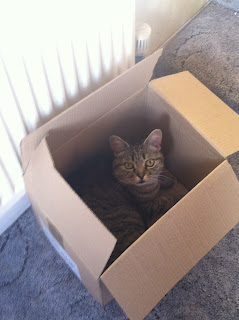