I’ve just finished the full draft of my new crime novel, and can soon set off on the long-overdue sequel to my children’s horsey novel. 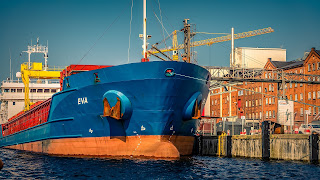 However, reaching “the end” is a long way from finished. I’ve written 8 novels (published) and have ~60 billion other completed manuscripts at the back of the cupboard, so these days even at the point where the novel is just an embryo idea, I know exactly how long the finished book will be.

This latest* was a sub-100k-word novel from the moment I saw a giant shipping container swinging from a crane. It has been a long time in the making over a turbulent couple of years. Nuances change in the course of writing a book. I don’t like to close off any routes to what might become a useful subplot or interesting twist, so the first draft gets everything wallpapered in.

The full draft was way too fat at 140k words, but at least I knew how it would end, so I went back with the editing pen and did a comprehensive slash and burn of all extraneous matter, and I took it down to exactly 99,999 words. How’s that for an accurate prediction?

Then it struck me; the sequel to the children’s novel could easily come in at 40,001 words. I have just unwritten the book that I’m about to write, and not one of those discarded words can be reused.

* Boxed In, featuring Annie Raymond, the Thompson sisters and two figures from Annie’s past that readers of the early books might remember; ex-boyfriend Mike and PC Jennifer Flanagan.

Boxed In is the latest book in the Annie Raymond series, following on from Falling into Crime, Where There’s Smoke, Buried Deep and Syrup Trap City.