It’s vital that the back story works out. There’s nothing worse than disentangling a whodunit only to find a gaping plot hole in the back story that pulls the rug from under the whole book. Thus very important to act out that back story in detail and work out how it threads into the main plot. This is how I do it. 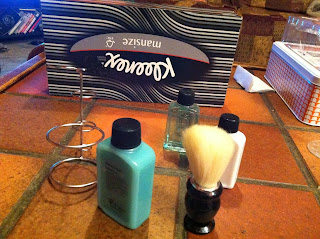 And here comes a mystery couple to interact with one of them. 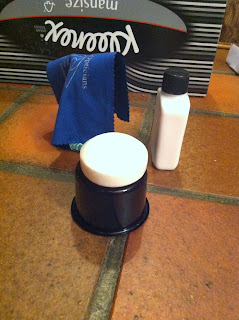 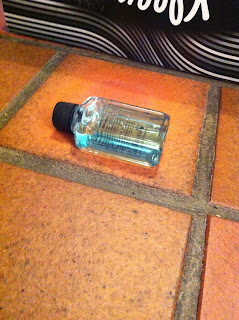 And of course the detective with his spyglass. 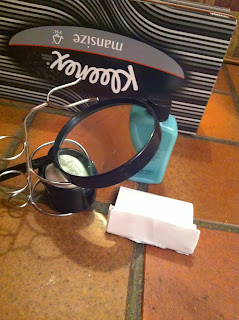 Now for the clever stuff; the couple in the car... 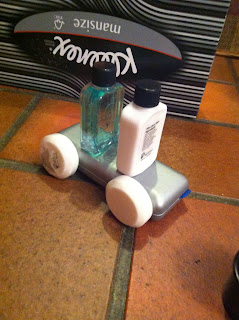 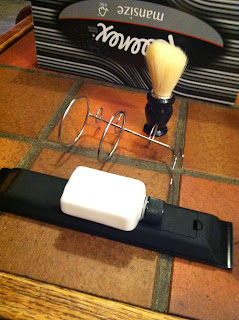 The drive to the forest in the unlikely car. 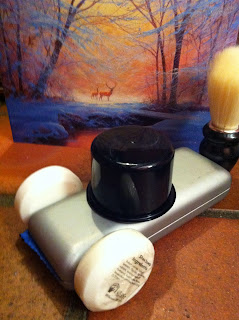 And the guy on the bicycle at the Tube station is of course the red-herring. 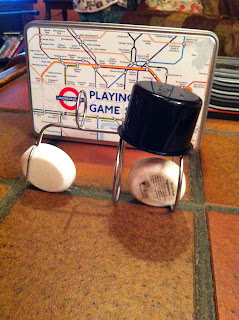 Today is Blog Tour Day where authors answer questions about their writing process. Fellow novelist, Linda Acaster posted hers last week. You can check out her writing process here.

A friend suggested that I use this blog to reveal the secret of how someone who is quite busy gets 100k words written and polished every year. Easy to say and sounds like a plan, but if I'm honest, I haven't a clue. All I know is that so far, the words keep stacking up.

What am I working on?

Having taken a sideways dive out of my Annie Raymond PI series, I ventured into the police procedural world.

The agent who encouraged me gave his opinion a week ago. It wasn't a no. That's good. It wasn't an unequivocal yes. That's no surprise. But better than that, it wasn't the standard 'This is fine, can you just change the beginning, middle and end'. I only need to change the middle and the end, more or less. And no hurry. Any time in the next 5 minutes will be just fine. While I was awaiting the verdict, the series took root in my head so I started book 2. That's good, too, because it means I can dive back into book 1 edits with a real sense of distance from it. Watch this space.

I also have a contract to co-write a textbook. The last one was on commercial fiction techniques. This one is on academic writing techniques. Co-author, are you out there? We need to get moving!

On academic writing, I have all the research results for a follow up paper to one I wrote earlier in the year, and I have that to get on with, too.

How does my work differ from others of its genre?

Far from trying to be different or outlandish, I take a lot of trouble to keep things pinned to the real world. Outlandish things happen in my books but they're all grounded in fact or on a credible premise. Strange things happen in the real world. I rarely turn down a chance to research odd places and people. I draw the line at criminal activity, not least because I have no talent for it. I was once coerced into being a getaway driver for an activist group and ... oh dear... I've related that tale before. I won't go into it again here.

Why do I write what I do?

One answer is that the crime novels found a publisher. I tried children's, romance, fantasy, science-fiction as well as crime in all sorts of forms. Mostly it was crime and in the end, it was the PI whodunit series that took off. With luck, the police procedurals will too. There's a whole world of crime writing to explore once you get your foot in the door of the official investigation.

How does your writing process work?

If I didn't have two day jobs and no fixed timetable, I'm sure I would want to work to a regular routine - X hours per day, up early every morning perhaps, or a late-night scribbler or maybe both. But I don't have that luxury. After years where my first appointment of the day can vary from early morning (up at 2 am to get to an airport, or 5 am to get the early train) to a more civilised 9 or 10 o'clock, and where the other end of the day is similarly diverse (5 pm and home with the rush hour, 1 am and home with the late-night revellers), if I'd stuck to being a writer who needed a routine, I wouldn't have written a word. But as it is, I write on trains, in waiting rooms, in hotels, at home and at any time of the day or night when I'm awake and have a gap. 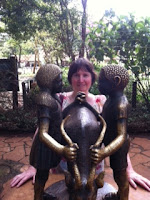 When it comes to planning a new book, I've written a couple without having much of a plot to start with. The rewrites were painful enough that now I always try to plot my way through the major milestones before I start. But it's the characters as they develop around those major milestones who generate the twists and turns and many of the real gems.

I don't go for 'rules' of writing. Different things work for different people. I keep a summary of what helped me on the creative writing page of my website.

Thanks for visiting my blog. Please leave a comment.

Sue Knight is a writer and poet who lived in the Middle East for 20 years. She was an invited contributor to the anthology, Ours.

Ken Reah will see his debut novel published in late 2013 at the age of 84. I've had a sneak preview. Edge of Arcadia is worth the wait.

Beth Elliott is an established novelist who explores adventure and intrigue in the Regency period.