From old records to human stories

When writer Joy Gelsthorpe decided to do some family research, it was not with the intention of becoming a novelist. However, as she looked into the Parish Records of the village of Reighton on the East Yorkshire coast, intriguing facts began to emerge that made her start to wonder about the lives of these people. The vicar, for example, had nine children. How did his family cope in a tiny vicarage?

Widening her net, Joy read the Beverley Quarter Sessions of the period. Here she came across assaults, disturbances of the peace, smuggling, even the poisoning of a dog. The people of the early 18th century were coming to life in her imagination. She knew she had the material for a novel set in the early 1700s, but went on to spend several years on her research. 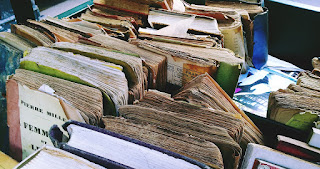 When she finally sat down to start on the novel that was clamouring to be written, she notes that it had already grown in her mind into a trilogy, adding, ‘Those three books have now become four.’

The opening to the series emerged when she read about the harsh winter of 1703. ‘It was one of the worst storms in British history,’ she says.


But even with years of meticulous research behind her, she says, ‘There wasn’t much to go on. All I had were the dates of births, marriages and deaths, but I didn’t know any detail, how people died or what motives lay behind their marriages. Court indictments, wills and sales of land provided further information but nothing about people’s personalities and desires.’


Nonetheless, these bare facts gave her both a framework and a time scale around which to build the characters and imagine the problems they would confront. She says, ‘It wasn’t long before the people felt real to me and, if I left off writing for a while, I missed them.’


Joy structured events for the whole period of the four books from 1703 to 1735. ‘I knew, well in advance of my writing, when people married or died. Even so, I did make some mistakes and had to backtrack at times and re-write sections. I found out later that one of my favourite characters, who I thought to be childless, did have one daughter. I was reluctant to alter things and, when there was no further record of the girl either dying or marrying, I decided to use artistic licence and just leave her out. Also, as the Jordan family tended to use the same few Christian names, it is highly likely that I have combined the lives of at least two William Jordans.’


The area where Joy lives is a close-knit community where people tend to know each other. Some of her readers will be people she knows personally but will also be direct descendants of some of the people she is writing about. I ask if that causes her any worries.


‘It’s true,’ she says, ‘the names of the characters are those of some friends, and they may be descendants. I’ve worried from the start whether to use the real names or not. I hope people understand that the characters’ actions and motives are figments of my imagination. I don’t want to upset anyone. After all, the Jordan family are my own ancestors and that has not stopped me from painting a dark picture of them at times.’


And what happens when these books are finished?


‘I have a new writing project, but it’s on hold while I’m working on the Reighton books. It’s based on imaginary letters from a young lady on holiday in Filey in 1819. It’s about a handsome fisher boy that she sees and falls in love with. The idea came after hearing Eliza Carthy sing “The Bonnie Fisher Boy”.’ 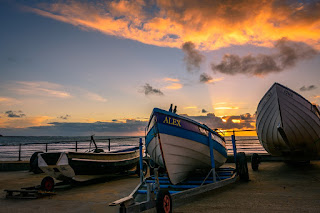 How far along the road is she with the Reighton books?


‘All four books have been written but are in the process of their second and third re-drafts. I’ve had an encouraging response on book one from a publisher who wants me to change a few things and re-submit, so I’m reworking that.’


That sounds encouraging. I have had the opportunity to read extracts from books one and two. Joy really has done her research and paints a fascinating picture of rural life in the early 18th century. I hope she’ll be back here before too long to share news of publication of the whole series.